10 Common Garden Weeds and How to Control Them 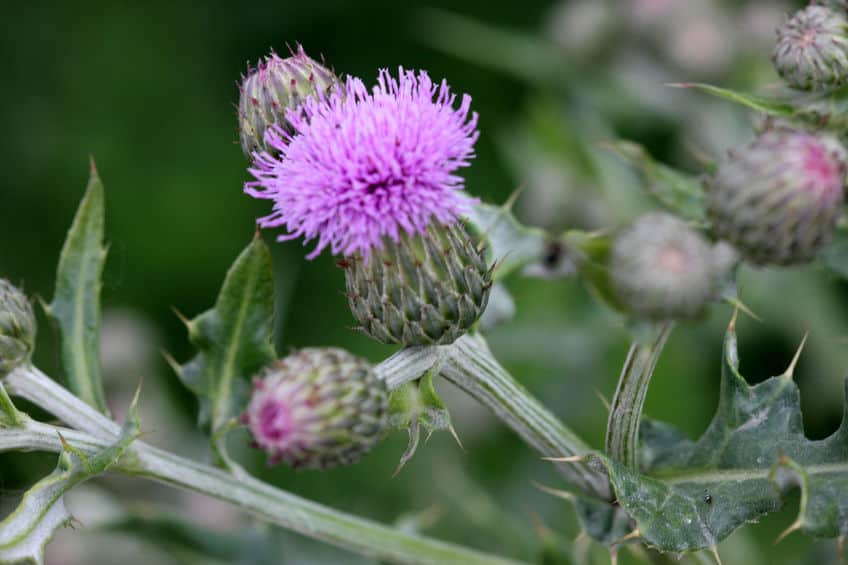 *We may earn a commission for purchases made using our links. Please see our Disclaimer to learn more.

First, you need to determine what you consider to be a weed. Some plants have the distinction of being viewed by some people as common garden weeds, whereas to others they are food. A good example of this is the ubiquitous dandelion.

Dandelions will grow anywhere, even in the sidewalk cracks, and for the majority of gardeners it is a nuisance and serves no purpose. Nevertheless, this weed is edible and is said to be very nutritious and tasty and it contains powerful antioxidants and has anti-inflammatory properties.

Whether you choose to see it as a weed or food, the dandelion is generally classified as a weed. It’s one of the 10 common garden weeds and all of them are relatively easy to control.

Control Methods For All Weeds

Along with weed-specific control methods, outlined later, there are certain things that can be done to control all weeds.

For a one-size-fits-all approach to controlling common garden weeds, follow these steps:

A common household item that can be used as a natural weed killer, is white vinegar. Pour white vinegar into a spray bottle and spray weeds as soon as you see them. Cut both ends out of a tin can and place over the weed; then spray into the can to prevent the vinegar from getting on nearby flowers, fruit or vegetables.

A Look at the Ten Most Common Garden Weeds

Commonly known as walk grass and winter grass, annual bluegrass has long narrow leaves that are crinkled in the middle. The roots develop at nodes along the stem as the grass creeps along the ground. This is one of the most common garden weeds and will germinate and spread year-around in mild climates.

Also known as wild morning-glory, creeping jenny, sheepbine, and cornbind. It’s a hardy perennial vine that grows along the ground and produces white blooms. One plant can spread 10-feet above ground and 14-feet underground in one season.

Early intervention is needed to control this common garden weed. Hand pull the entire plant in early spring when it first emerges. If it has taken over a segment of the landscape, the best way to eradicate it is to apply landscape fabric, with a thick layer of mulch on top, to deprive the seeds of light. Successful elimination can take a number of seasons.

Commonly known as the common plantain and dooryard plantain, this perennial weed is found in pastures, meadows, and lawns. It has narrow, oval leaves with distinctive parallel veins. Green and white flowers are born on stiff, leafless stems. This hardy weed tolerates repeated mowing and being trampled and spreads rapidly by seeds.

The most effective way to control this common garden weed is to pull out the plant as soon as it appears. Small remaining parts of the root can regenerate so this process may need to be repeated a number of times.

This weed has long slender leaves covered with sharp thistles along the edges. Despite its name, the Canada thistle is one of the most widespread common garden weeds and can be found in almost every part of the world. It’s an aggressive, creeping perennial weed that thrives in pastures, roadside ditches, and anywhere else where it’s uncontrolled.

Hand pull this weed in early spring or wait until it flowers in summertime and then apply an organic herbicide. This weed reaches a mature height of 2-feet and produces a purple cone-shaped flower.

Also known as satin flower, starweed, and starwort, this common weed has small round leaves and creeping stems that causes the plant to create a low-growing mat. Plants develop clusters of small white flowers at the end of each stem. Chickweed grows best in shade and moist soil.

Hand pull out of the soil before it produces flowers.

A long-leafed grass that creeps along the top of the ground like a crab. It loves hot, dry weather and is an annual that dies at the end of each growing season.

If crabgrass is in the lawn, frequent mowing to prevent it from developing seeds will control it. In the garden, hand pulling as soon as it’s discovered will prevent it from spreading.

Dandelions are everywhere and have broad leaves and produce flower heads on a long, hollow stem. The stems are filled with milky sap and the weed spreads via wind distribution of the seeds in the well-known dandelion puff.

Hand pull and apply mulch around plants to control dandelions. The tap root penetrates very deep into the soil and any remnant may grow again the following season.

Often called white goosefoot, the leaves of this weed are oval or triangular, dull green with a powdery white coating that is easy to rub off. Lambsquarters reaches a mature height of 3-5 feet and has red striped stems with flower spikes at the end. It absorbs a lot of water and will cause surrounding plants to become dehydrated.

Hand pull or use a weeding hoe to get rid of this weed in the early spring as soon as it appears.

It is controlled by hand weeding and mulching the top of the garden soil with at least 3-inches of mulch.

White clover is certainly one of the most common garden weeds and is found almost everywhere. It is also known as Dutch clover and honeysuckle clover. The plant is a low-growing creeping weed, usually with trifoliolate leaves on each side. White flower heads are borne on leafless stems and the weed grows best in cool, moist soil and partial shade.

To control this weed, feed your garden often. White clover thrives in areas where soil nitrogen is low and where competition from other plants is equally as low. Feed your garden and lawn regularly to ensure a high nitrogen level and strong garden plants so the white clover can’t survive.

Weeds are everywhere and are just part of gardening. With diligence and perseverance, they can effectively be controlled. It is a good idea to keep a hand-held trowel and bottle of white vinegar handy, so that anytime you go outside and see a weed, you will be able to get rid of it quickly before it spreads.

I am passionate about gardening and I have created this site to share the best information and tips on producing your own food. I hope that you will soon be enjoying healthy, nutritious and better tasting food that is easier on your wallet and the environment.

A Guide to Growing Spinach Indoors

Spinach, like most other green vegetables, tends to do best during the fringe months of the…

Is there any meal that can’t be improved with more garlic? From spaghetti to chili, this…

A Guide to Growing Shiitake Mushrooms

Shiitake is one of the more popular varieties of mushrooms out there. It is commonly used… 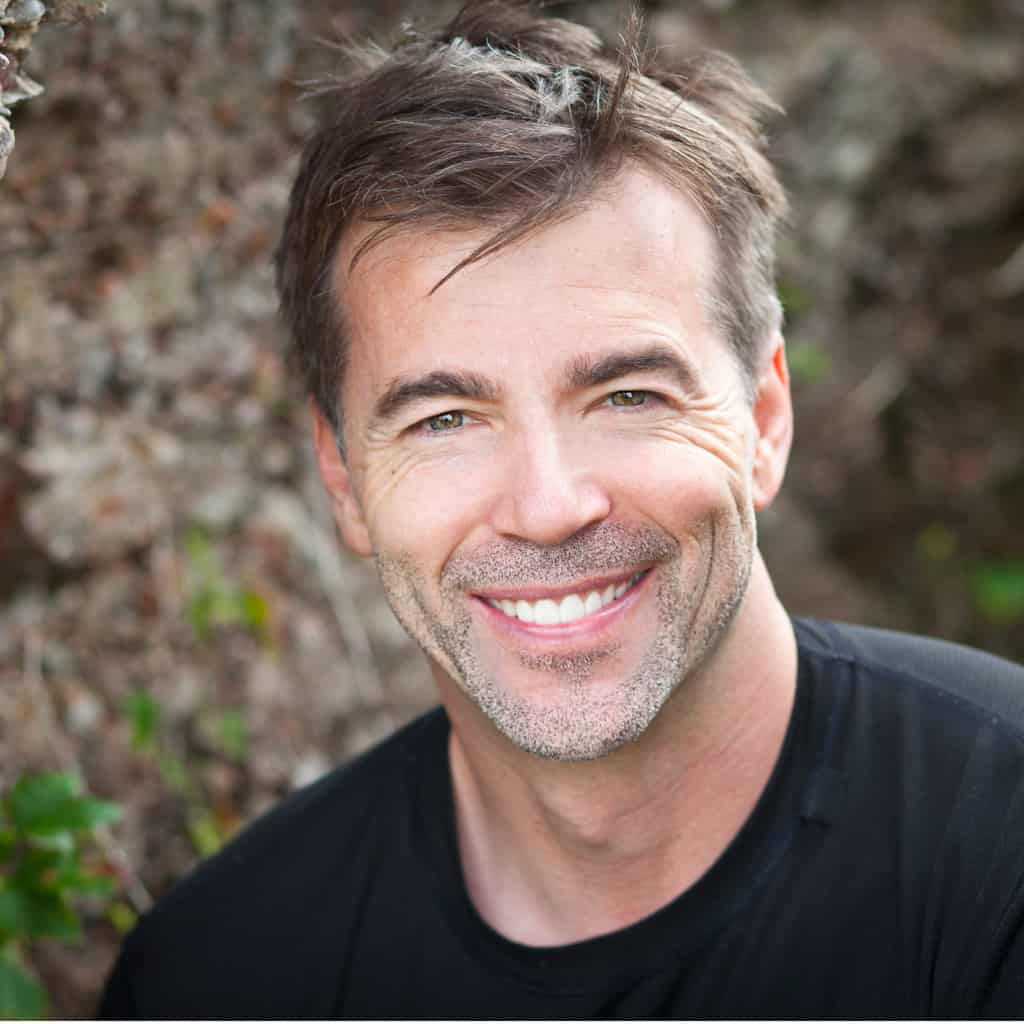 Hi! I'm Edward and I have enjoyed gardening from a very young age. I now have the satisfaction of providing my family with plenty of organically grown fruit and vegetables. Follow along as I share my best tips and information to produce fresh and nutritious homegrown food.

Copyright Producing Your Own Food.com - All Rights Reserved 2023
Back To Top
×Close search
Search